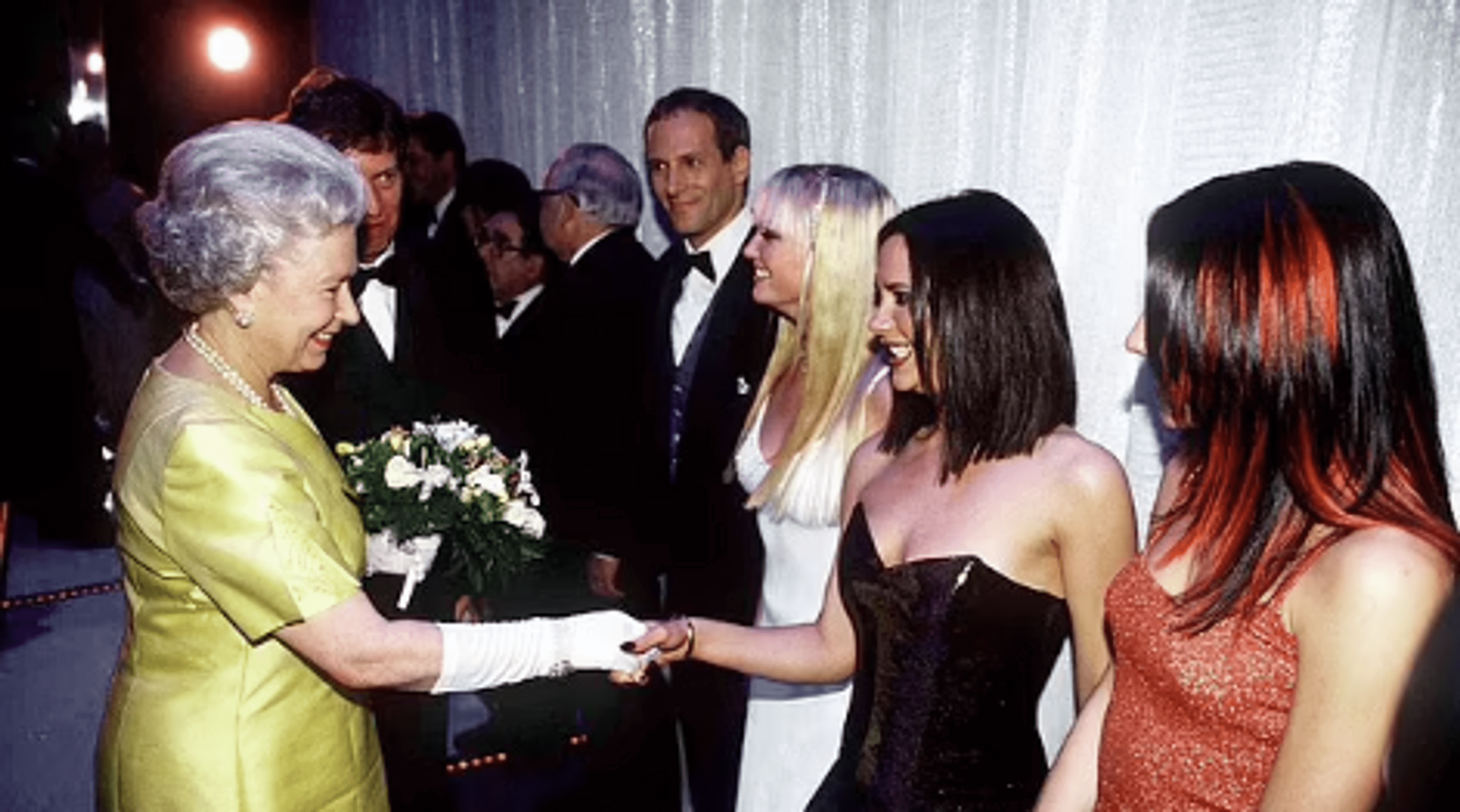 The star shared a series of archival photos from her Spice Girls time with subscribers on her personal blog. In one photo, five members of the group – Victoria Beckham, Melanie Brown, Emma Bunton, Melanie Chisholm and Geri Halliwell – are lying near the flag of Great Britain.

In another frame taken after the concert in 1997, the soloists were captured with Elizabeth II. Dressed in a brown latex bustier dress, Victoria Beckham shakes hands with the Queen.

A day earlier, Victoria Beckham’s husband, football player David Beckham, posted a joint photo with Elizabeth II, as well as several other photos of the Queen with congratulations. He wrote, “Today we celebrate our Queen’s Platinum Jubilee. Seventy years of service to the nation and inspiring leadership of our nation.”

In 2014, David was at the top of the New Year’s honorary list until a ‘red flag’ warning from HM Revenue and Customs rescinded his nomination.

The former footballer was one of dozens of wealthy individuals who invested in a controversial Ingenious Media scheme to fund films and reduce investors’ personal tax liability. HMRC termed the scheme as a vehicle for tax evasion.
But a source now told the publication: ‘David, like many celebrities associated with Ingenious, had no idea what was going on at the time.

“His team actively approached HMRC about two years ago, when David made his business independent, and then finally this year, once and for all, everything was settled.”

He continued: “In 2013, David was told that the only reason for knighthood to ignore him was a tax failure. Now that it’s clear, there’s no reason not to honor it.