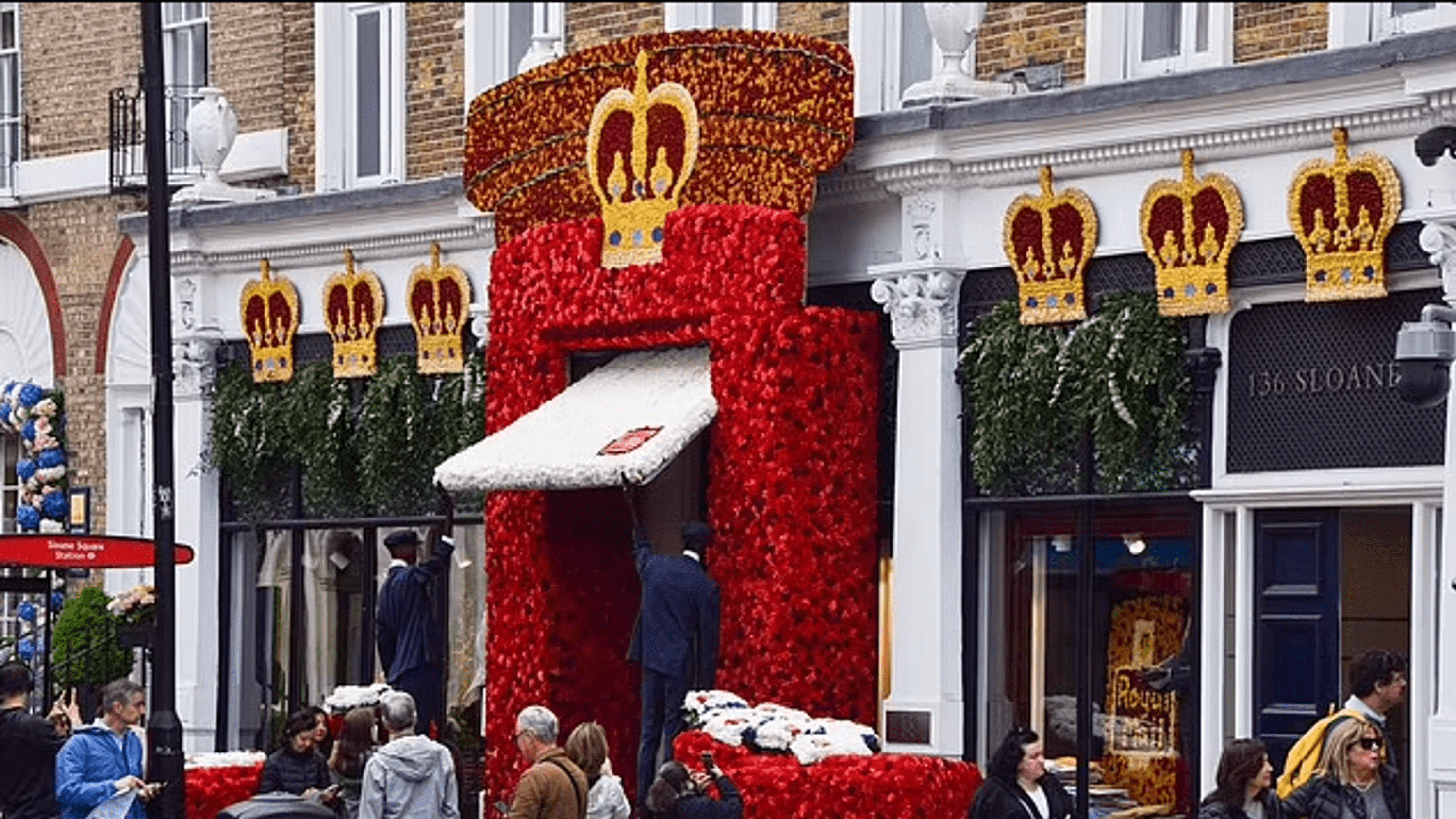 In the London Borough of Chelsea, the flower arrangements on buildings on Sloan Street were completely destroyed, which were built to mark the Platinum Jubilee. Queen Elizabeth II , Daily Mail has given this information.

According to a window washer who witnessed the incident on the morning of May 29, a group of unidentified people broke flower decorations near buildings on Sloan Street. An eyewitness to the incident said, “The members of a society destroyed it. They were like animals. They destroyed everything. It was like a riot.”

It is noted at the same time that although the pants were pulled from mannequins standing in front of the Hackett store, for example, images of Elizabeth II in the street remained untouched. Flower arrangements take part in the traditional Royal Flower Show in Chelsea. In particular, the Hackett Store’s entrance group was called “A Love Letter to the Queen”. It cost around £10,000 and won a prize in a contest at a prestigious flower show.

The coronation dress of Queen Elizabeth II, designed by designer Norman Hartnell, will be on display in London from July 7 to September 26. Made of white satin and adorned with diamonds, sapphires and pearls, it will be on display at Windsor Castle. The main symbols of Great Britain and Commonwealth countries are embroidered with gold, ranging from the English rose to the Irish shamrock and Scottish thistle.