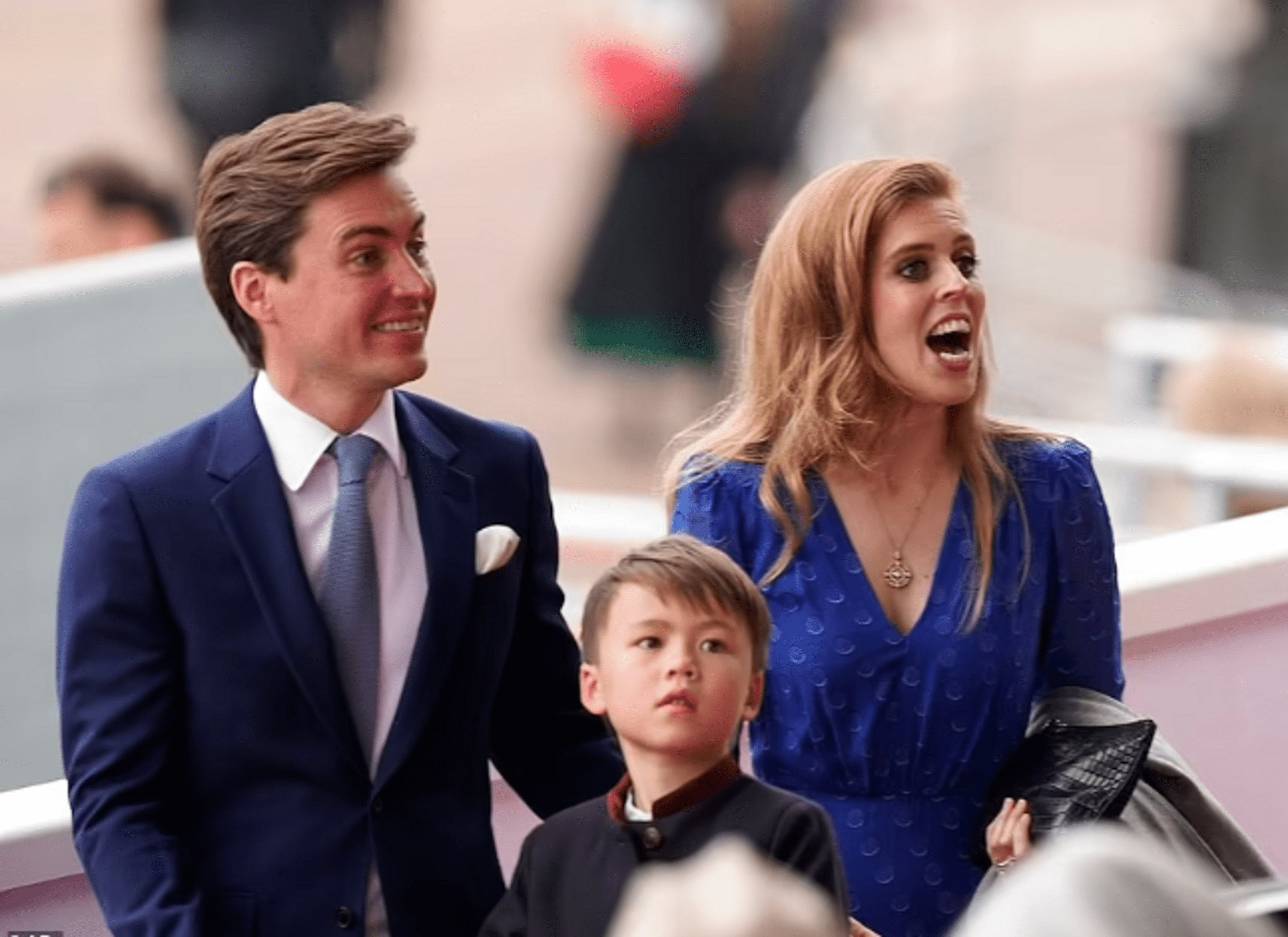 Princess Beatrice’s stepson, whom she calls her “bonus son”, made his first official appearance as part of the British royal family at the Platinum Jubilee celebrations in London today.

Christopher Wolfe Mapelli-Mozzi, aka “Wolfie,” was born in the union of Edoardo Mapelli-Mozzi with his ex-girlfriend, Dara Huang. The six-year-old was sitting in the royal box at Buckingham Palace, between his father, Edo, and his stepmother, the Princess of York.

He was accompanied by other distinguished children of the British monarchy – Prince George, Princess Charlotte, and Prince Louis, as well as Zara and Michael Tindall’s daughters – Mia and Lena, and Peter Phillips’ daughters – Savannah and Isla.

Although this is her first public appearance in the British royal family, Wolfie has already attended other family events. In a video shared by Princess Eugenie on her social media of watching the planes take off during the Trooping the Color parade, Wolfie can be seen in the corner.

Also, during this year’s Easter celebrations, he appeared at Windsor Castle for a formal dinner, although he did not attend the Easter service. At Beatrice and Edo’s wedding in July 2020, Wolfie was her father’s pageboy and best man. Since the private ceremony in Windsor was hidden from prying eyes, fans were only able to see a few photos that did not involve a boy.

Edo rarely shares photos of his family on his account. Furthermore, the couple has yet to share footage with baby Sienna, born last year, who is eleventh in line to the British throne and the youngest great-granddaughter of Queen Elizabeth II.

Princess Eugenie shared a behind-the-scenes video and snapshot of the royals not on the balcony of Buckingham Palace, but on its terrace. The Queen’s granddaughter showed an unusual angle of color parade contingent.