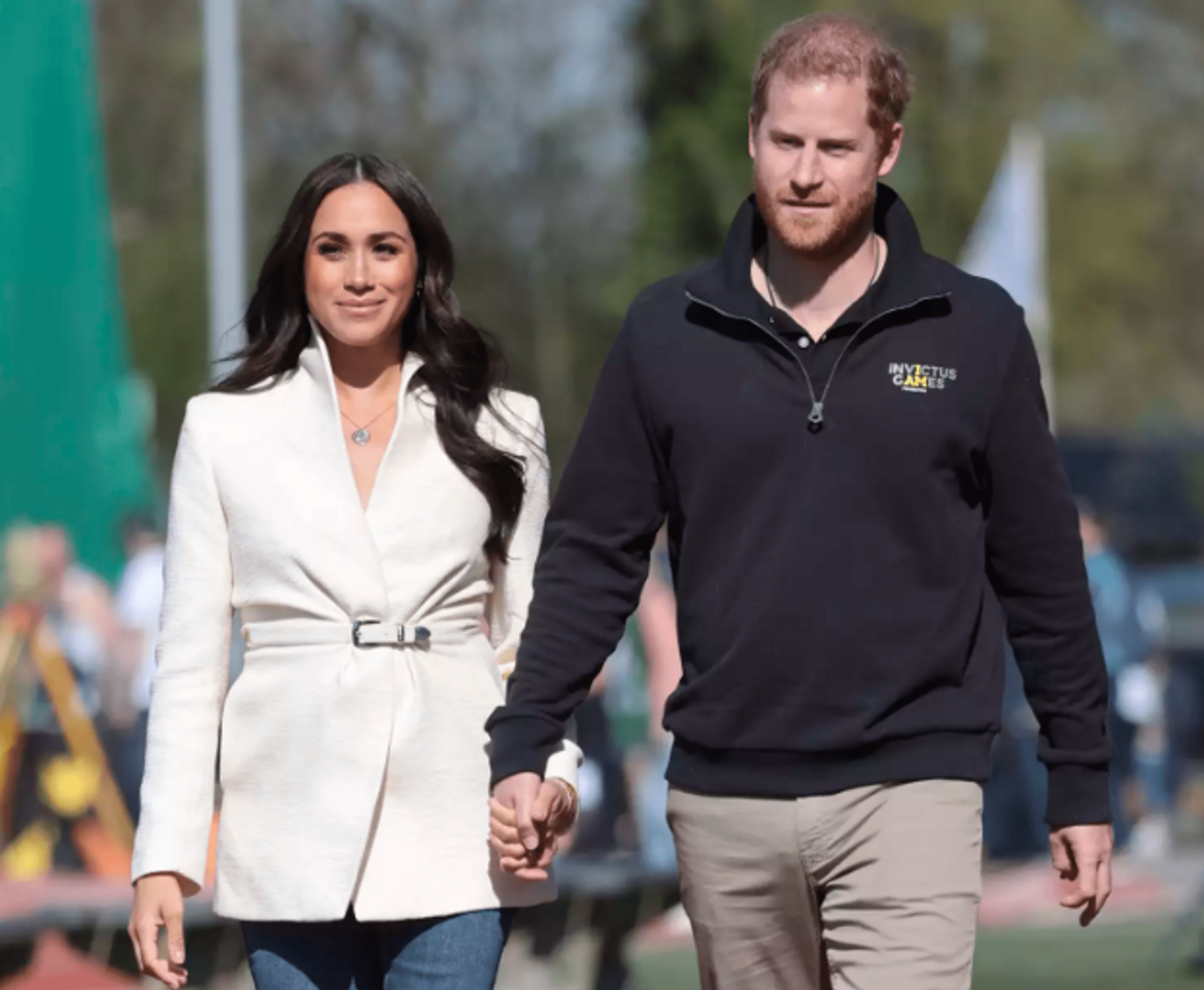 Today, members of the royal family joined Elizabeth II on the balcony of Buckingham Palace. They appeared before tens of thousands of jubilant Britons celebrating the historic Platinum Jubilee of their reign. The 96-year-old monarch exclaimed, “Incredible! When she arrived there from Windsor Castle. Together with the Dukes of Cambridge, their children, Prince Charles, Camila Parker-Bowles, and other senior members of the royal family, she watched the parade and the flight of the Royal Air Force.

And where were the Dukes of Sussex all this time, who had previously arrived for the Platinum Jubilee? Behind! Prince Harry and Meghan Markle did not go out onto the balcony, but the photographers managed to capture them through the open window of the palace. So, the paparazzi noticed that Megan put her finger to her lips, standing next to the young Savannah Phillips, Mia, and Lena Tindall. Obviously, Markle was trying to calm the children down. The Sussexes also spoke to the Duke of Kent, who joined his cousin the Queen on the balcony.

Harry was dressed in a suit rather than a military uniform like his father, Prince Charles, and brother Prince William. The couple’s arrival is their first official visit in more than two years. They were expected to bring three-year-old Archie and nearly one-year-old Lilibet to a public family reunion, although the children were nowhere to be seen. The younger Lilibet has not yet been introduced to the Queen or her royal family, while Archie has not been to the UK since he was six months old after his parents moved to Los Angeles. High-profile scandals, activist riots, and outdated traditions all indicate that the century of the British crown has passed, so the monarchy needs to give way to a happy future.