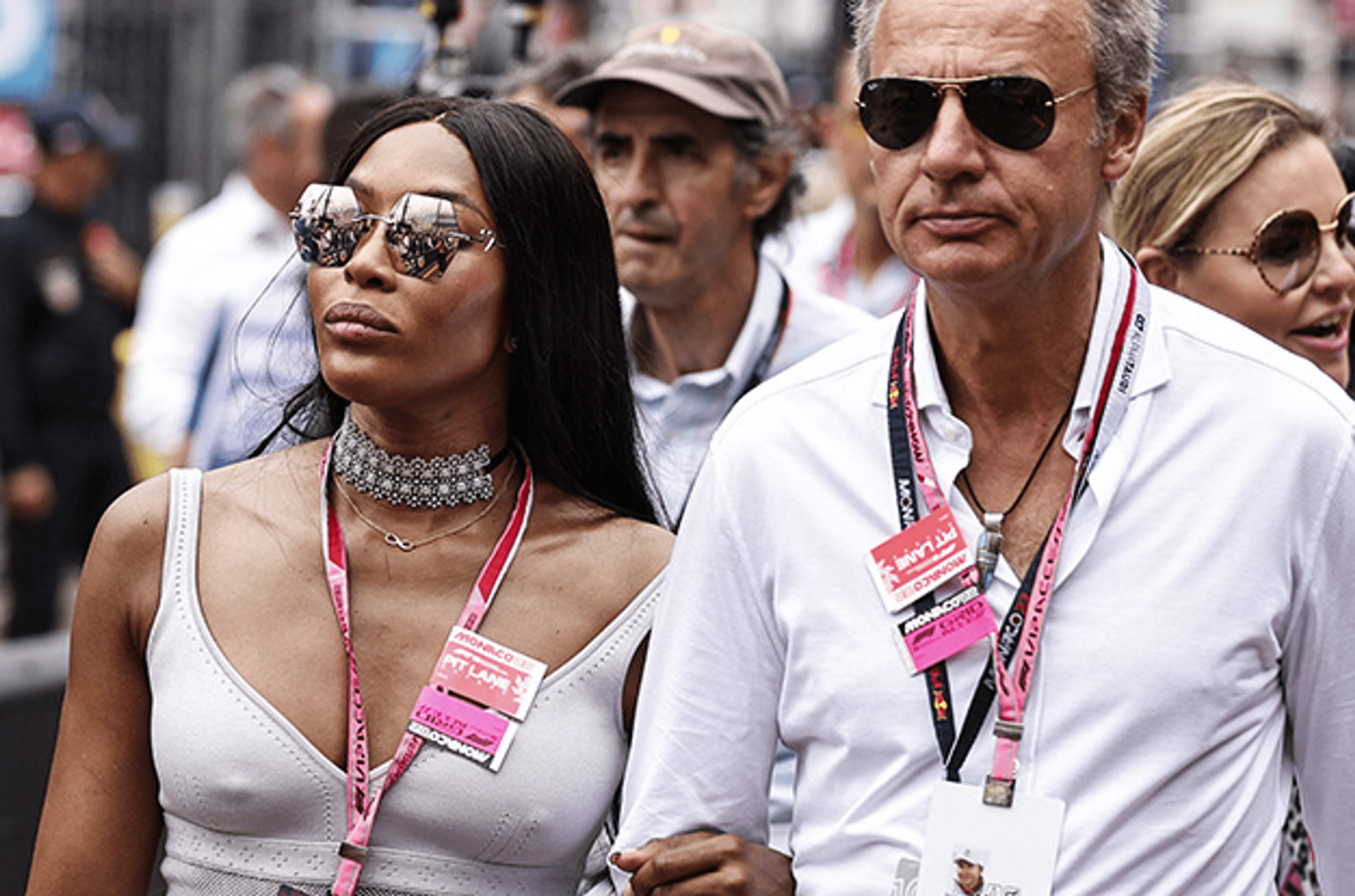 Recently the personal life of 52-year-old Naomi Campbell has become a mystery. After becoming a mother for the first time a year ago, the star is yet to reveal the name of her daughter or the identity of the child’s father.
However, the other day, Naomi sparked rumors about a new romance. The star participated in the Formula 1 Grand Prix in Monaco with businessman Ernesto Bertarelli. The couple walked hand in hand.

Bertarelli is the owner of the biotechnology company Serono. His wealth is estimated at $8 billion.
Last year, Ernesto divorced his wife, Kirsty, former Miss Great Britain, with whom he had been married for 21 years. The couple has three children. After the divorce, the businessman paid the ex-wife an amount of $ 440 million, making her the richest divorced woman in the UK.

What connects Campbell and Bertarelli is unknown. But the model already has experience in relations with businessmen: Naomi met Italian businessman Flavio Briatore and Russian billionaire Vladislav Doronin. Relations with the latter were the longest in her whole life. Naomi Campbell never married.

Naomi Campbell is one of the most famous supermodels in the world. The 50-year-old fashion model still appears on the catwalks and is removed from glossy magazines. Despite her schedule, the celebrity has never hidden that she dreams of motherhood. And not so long ago, the model’s dream finally came true. Naomi, 50, had a daughter. Campbell wrote about this joyous event on her Instagram. “A beautiful little creature chose me as my mother. I am so proud of this little soul in my life, and I have no words to describe the lifelong bond we now share with you, my Angel. No love is stronger,” said the celebrity. True, she did not name either the father of the child or how she managed to become a mother.