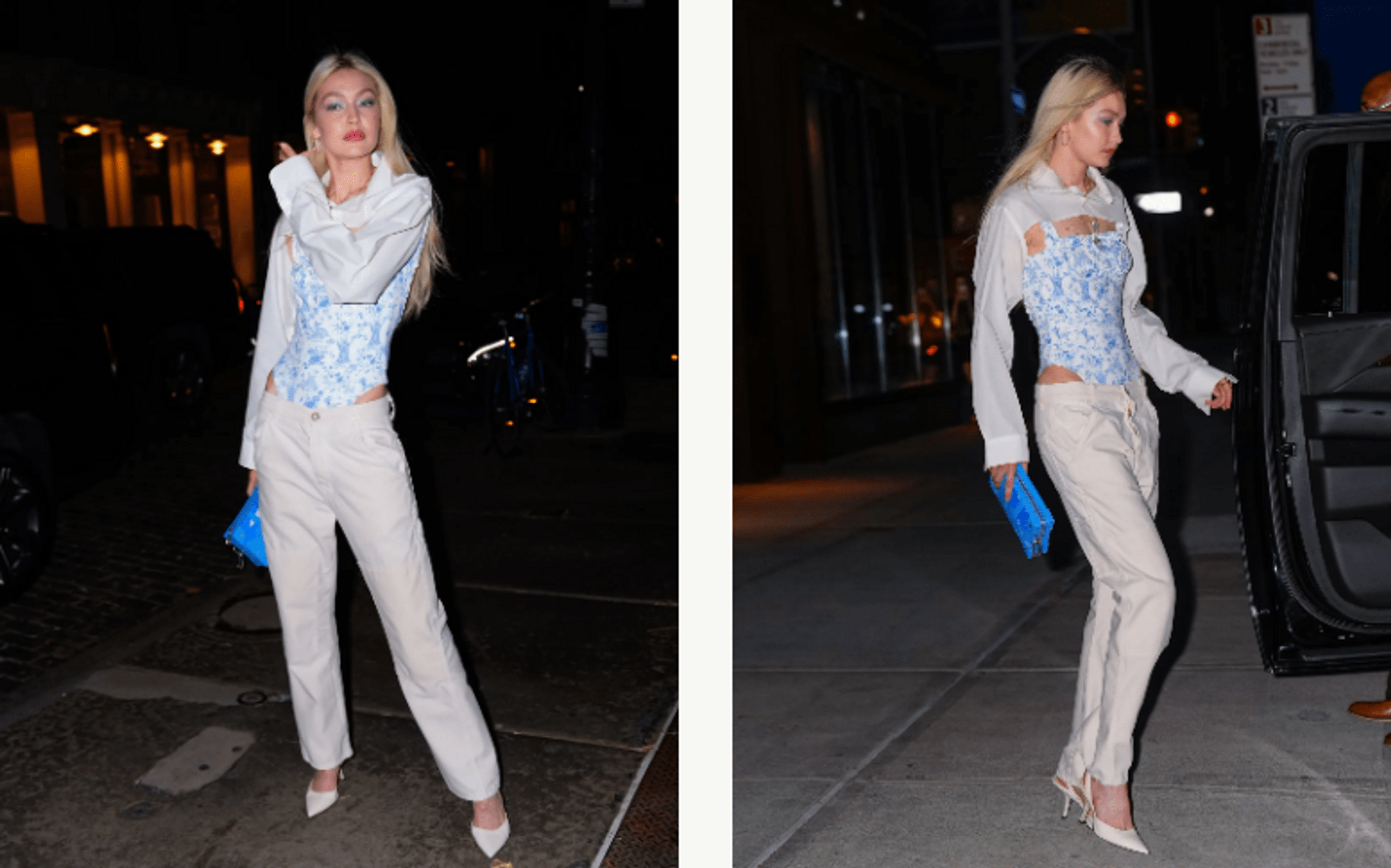 Gigi Hadido Showed off another way to wear a monokini in town. While all the stars are roaming the streets of Cannes, Gigi stays with her daughter in New York and is engaged in personal projects. Therefore, the model became the guest of the party at the launch of a new collection of swimwear, which she created frankie bikini ,

Gigi Hadid is back on the runway after taking a break from the birth of her daughter with musician Zayn Malik, and now she’s once again striving to rise to the top of the world’s most sought-after model. In addition, Bella’s older sister Hadid is developing a personal brand and even takes on a new role as a designer, taking part in photoshoots and shows. The celebrity has collaborated with longtime friend Francesca Aiello to create a swimwear collection with the creative director of the Frankie’s bikinis brand.

At the bikini and monokini launch party, Gigi appeared in a novelty. The model wore a white swimsuit with a light blue pattern, as well as low-rise trousers, an extremely short shirt, of which only sleeves remained, and classic pumps and a hat. We remember the styling trick for summer: as the celebrity showed, the monokini can play the role of a great bodysuit.

In a previous post, one of the most beautiful couples in showbiz has announced the end of their relationship. The separation of 26-year-old Gigi Hadid and 28-year-old Zayn Malek took place in the backdrop of a family scandal: the model’s mother, Yolanda Hadid, accused her daughter’s boyfriend of domestic violence. According to her, the singer hit her when she came to their house to visit her daughter and granddaughter – Zayn and Gigi are raising one-year-old Kai, whose birthday was celebrated in September.