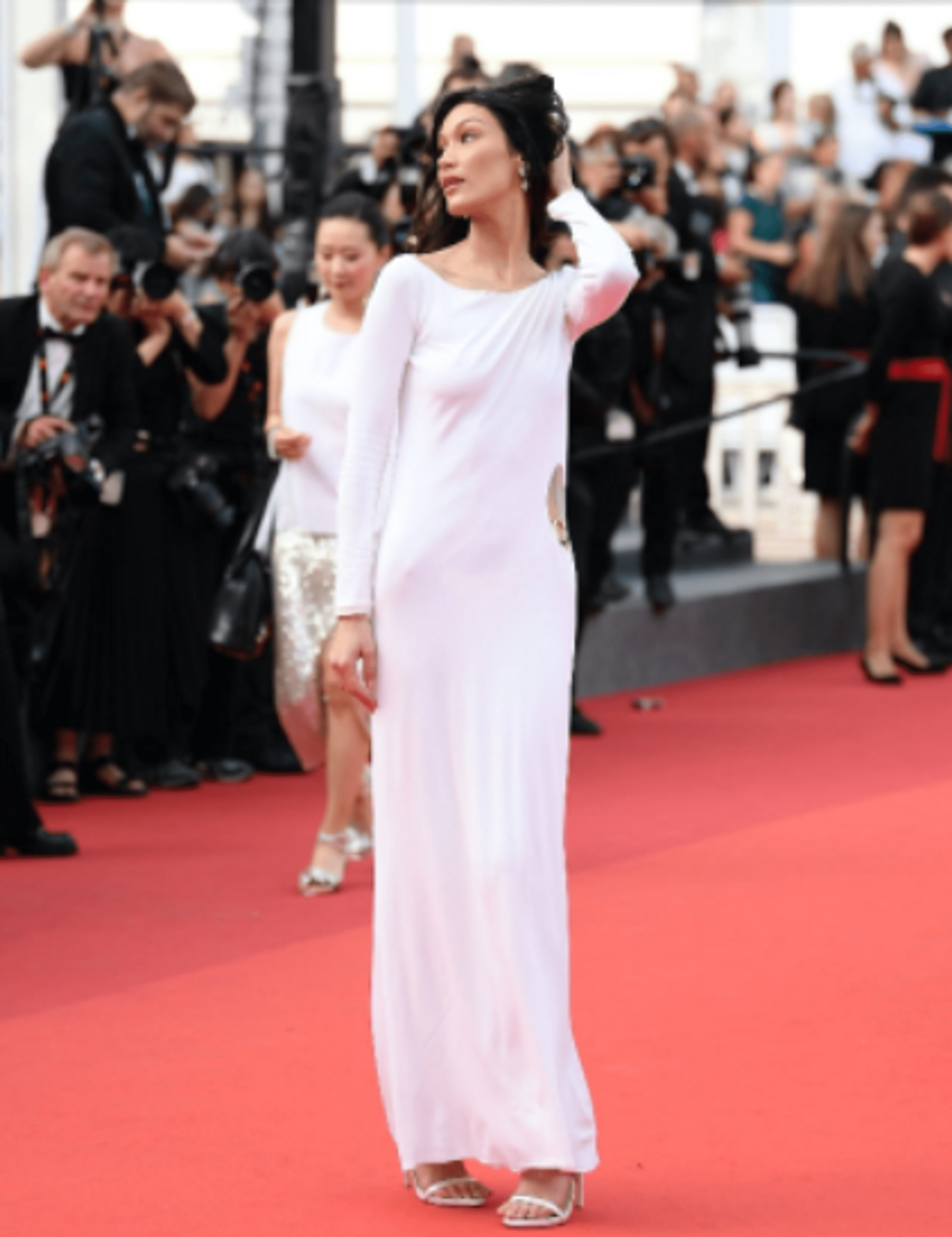 bella hadido walked the red carpet at the Cannes Film Festival in a vintage gucci Gown designed by Tom Ford in 1996. Vogue.com writes about it.

Bella Hadid stunned on the Cannes red carpet in a vintage dress by designer Tom Ford-era Italian house Gucci. The model came to the premiere of Les Bones Etoiles in a tight-fitting white dress with a thigh piece and a gold buckle from the Gucci Fall 1996 collection. Bella completed the look with matching sandals and big diamond jewellery.

Fashionistas are on the lookout for Tom Ford-era Gucci, and the dress worn by Bella Hadid in Cannes has become a legend in older communities. This dress was first shown by top American model Carolyn Murphy in 1996.
Retailers of vintage designer clothing believe that after the release of Bella in a dress for Gucci by Tom Ford, the hype about the items in this collection will increase even more. So now dress prices start at $15,000 from the 1996 Gucci collection.

Kaya Gerber came to the premiere of “Elvis” on the Cote d’Azur to support her boyfriend Austin Butler, who played a major role in the picture presented. At first, the couple posed separately for secular photographers. The model showed off a red Celine dress with an open back under the flash of the camera while the actor stood on the steps with Tom Hanks and other co-stars. However, the couple was later filmed kissing.